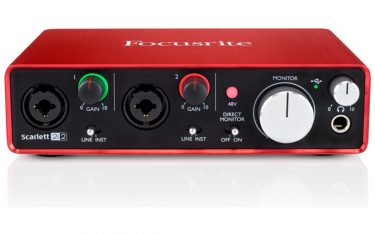 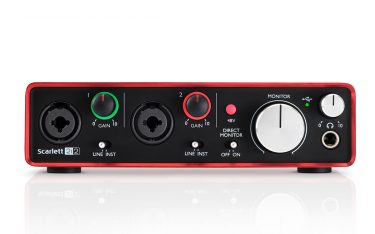 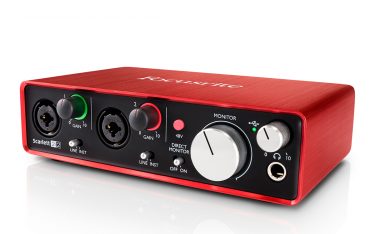 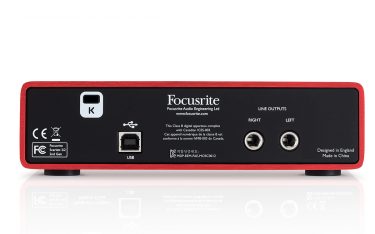 The new generation of Scarlett interfaces from Focusrite includes a host of technical innovations under the hood. An updated converter design provides sample rates up to 192kHz, 24-bit, for high-resolution audio. The instrument input has been thoroughly re-worked to give 8dB more headroom – suitable for the hottest pickup – while the acclaimed Scarlett mic pre remains unchanged. New protection circuitry on the inputs and outputs protects your investment against electrical challenges like phantom power accidentally being plugged into the outputs, or shorted inputs with phantom power. The gain controls have evenly distributed gain that makes it easier to set your input levels with greater accuracy. New, super-low latency lets you record and monitor with your favourite DAW plug-ins and virtual instruments with no need for outboard DSP.

Avid’s Pro Tools is the most popular Digital Audio Workstation (DAW) around, and Focusrite and Avid have collaborated for over 20 years, from the D2 and D3 plug-ins to the M-Box, Control|24 and beyond.

Traditionally, round-trip latency has been so long that it has been impossible to monitor overdubs, for example, through the DAW – the delay is long enough to be musically off-putting. As a result, you’ve had to use so-called “zero-latency monitoring” (that’s simply listening to the input, not through the DAW). But that means you can’t use your DAW plug-ins – you’ve either needed special outboard DSP, with its own plug-ins, or go without.

Now, thanks to innovative driver and conversion design, Scarlett offers you round-trip latency as low as 2.74ms*. Suddenly you can work entirely within your DAW for both overdubs and playback, using your favourite plug-ins and virtual instruments, and listen to them as you record. You don’t need outboard DSP because your computer is more than powerful enough to run all the plug-ins you want. There’s no need for special mixes for overdubbing – you can do your overdubs in mix mode through the DAW, saving time and effort – and with a more enveloping sound to play to. And at the same time, you’ll enjoy the best possible performance environment with ‘comfort reverb’ on their vocals and other effects.

Focusrite has been making digital audio converters almost as long as we’ve been making mic preamps – since the launch of our Blue Range mastering converters in the mid-90s. The converters in the next-generation Scarlett range operate up to 192 kHz sampling at 24-bit – making it possible to use the full range of standard sample rates from 44.1/48 (CD/DVD) to high-resolution audio at 88.2 and 96 kHz and beyond. With increased interest in quality hi-res downloads and streaming, mixing your tracks to 24-bit at 88.2 or 96kHz sampling makes sense: the extra load is well within the capabilities of most music computers. And if you want to go all the way up to 192kHz, the facility is there.

We recognise that many Scarlett owners don’t have the ability to mix at loud levels late at night, and instead rely on headphones – as well as using headphones to hear all the detail in the mix. So we’ve given the headphone outputs in the next-generation Scarlett range plenty of power so they’ll drive high-quality headphones with more than enough volume – while delivering high-quality sound so you can hear what’s really going down.

Many Scarlett users are musicians, and in designing the new generation of Scarlett interfaces we paid special attention to the instrument input. This has its own unbalanced path, which maximises the headroom. In addition, the supply voltages have been increased to the instrument input circuitry, and the high impedance input buffer (a high input impedance preserves the top end of the sound of a guitar) has been reconfigured. Combined, these factors have added a significant additional 8dB of headroom to the instrument input. At the same time, the widely-praised clean, natural sound of the Scarlett mic preamp is unchanged.

Also redesigned are the input level controls, which feature a unique, specially-designed potentiometer whose value changes in a much smoother way than most level controls you’ll have tried. Instead of the signal increasing slowly as you turn the knob up and then suddenly getting much louder much more quickly as you reach the end of the travel, the new Scarlett level control provides smoothly controlled, evenly distributed gain that makes it easier to set input levels with greater accuracy.

We expect the Scarlett range to get some rough treatment both on the road and in the studio, and in addition to the robust metal enclosure we’ve taken steps to protect your Scarlett against electrical problems too. We’ve added surge protection circuits to both the inputs and outputs to help your Scarlett survive common mishaps – like plugging the outputs into a console input with 48v phantom power on it, or shorting the Scarlett mic input when phantom power is active. The new generation Scarlett is designed to survive these, and other challenges.

Keep an eye on your levels with front-panel indicators

USB bus powered — one cable does it all

There are no reviews yet. 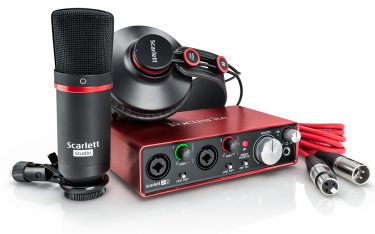 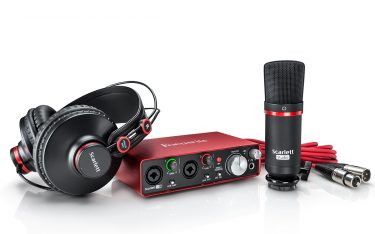 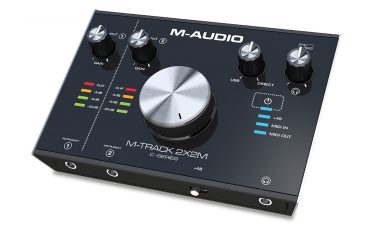 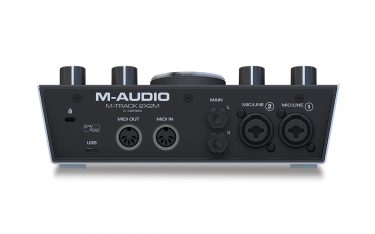